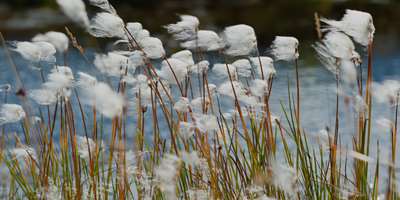 A commitment to recycling

It is Landsvirkjun’s objective to increase reuse and recycling measures, thereby reducing unsorted waste for landfill and incineration.

Waste sorted in all operations

Landsvirkjun began sorting waste between 2004 and 2008. All waste has, since then, been registered in the Company’s green accounting system. Waste produced within each area of operation is sorted according to the available resources in each area. All hazardous materials are handled in accordance with legal requirements and regulations. Landsvirkjun offers the appropriate sorting facilities for the storage and disposal of waste at all its stations and offices. All waste and hazardous materials are handed over to recognised waste disposal organisations.

Quantity and type of waste

Waste from Landsvirkjun’s operations in 2013 can be divided into four categories: waste for reuse or recycling, waste for disposal, inert waste and hazardous waste.

The total quantity of waste produced in 2013, from the above categories, amounted to approximately 670 tonnes. Most of this was inert waste; waste that is not harmful to the environment such as concrete, glass and ground materials. Concrete foundation materials were removed from under the penstock at the oldest power station in Landsvirkjun’s ownership this year (Laxá 1) resulting in 350 tonnes of this type of waste material. Approximately 276 tonnes of waste was sent away for recycling or reuse including substantial amounts of metal and timber as a result of maintenance work at the Krafla and Laxá stations. Approximately 35 tonnes was sent away for disposal (mostly landfilled) and approx. 6 tonnes of hazardous materials were sent away for disposal.

Quantity of waste from Landsvirkjun’s operations 2009-2013

Waste is divided into categories by waste type.

The amount of unsorted waste for disposal has decreased in accordance with Landsvirkjun’s new objectives.

In 2013, there was a decrease in unsorted waste at the Fljótsdalur and Krafla stations. A special clean-up project was launched at the former construction site around the Kárahnjúkar Hydropower Project. Substantial amounts of waste have been successfully collected from the site and these clean-up efforts will continue in 2014. Krafla Geothermal Power Station has been successful in increasing efforts to sort and register its waste, significantly reducing the amount of unsorted waste from the Station. Waste at other operational stations was similar to that of previous years and increased slightly in some areas when compared with figures from 2012. This could be due to a number of differing factors including the increase in unsorted waste from Blanda Hydropower Station where three months can pass before the containers are emptied. The waste can therefore end up being registered in the following operating year. The amount of maintenance work carried out in 2013 can also affect the results.

In most cases the amount of waste from the power stations in 2013 was less than or similar to that of the last five years. Landsvirkjun’s Headquarters in Reykjavík has seen great success both in sorting waste for recycling purposes and in decreasing the overall amount of waste.

More detailed information on the quantity of waste from Landsvirkjun’s operational areas can be found in the numerical data section.

Quantity of unsorted waste sent for landfill and average quantity for the last five years.